The seal of God is the mark of redemption. As God loves us so much, He came down to this earth at the risk of His life. At His first coming, He abandoned His life for our forgiveness of sins, and at His second coming, He promised to bring salvation (Heb 9:28). Throughout the Bible, the way to eternal life, the kingdom of heaven indicates the Passover of the New Covenant that Jesus set through His blood. In the book of Revelation, the Bible says the seal of God is the New Covenant, Passover. If we believe in God, we must know the seal of God to receive salvation.

Heb 9:28 so Christ was sacrificed once to take away the sins of many people; and he will appear a second time, not to bear sin, but to bring salvation to those who are waiting for him. 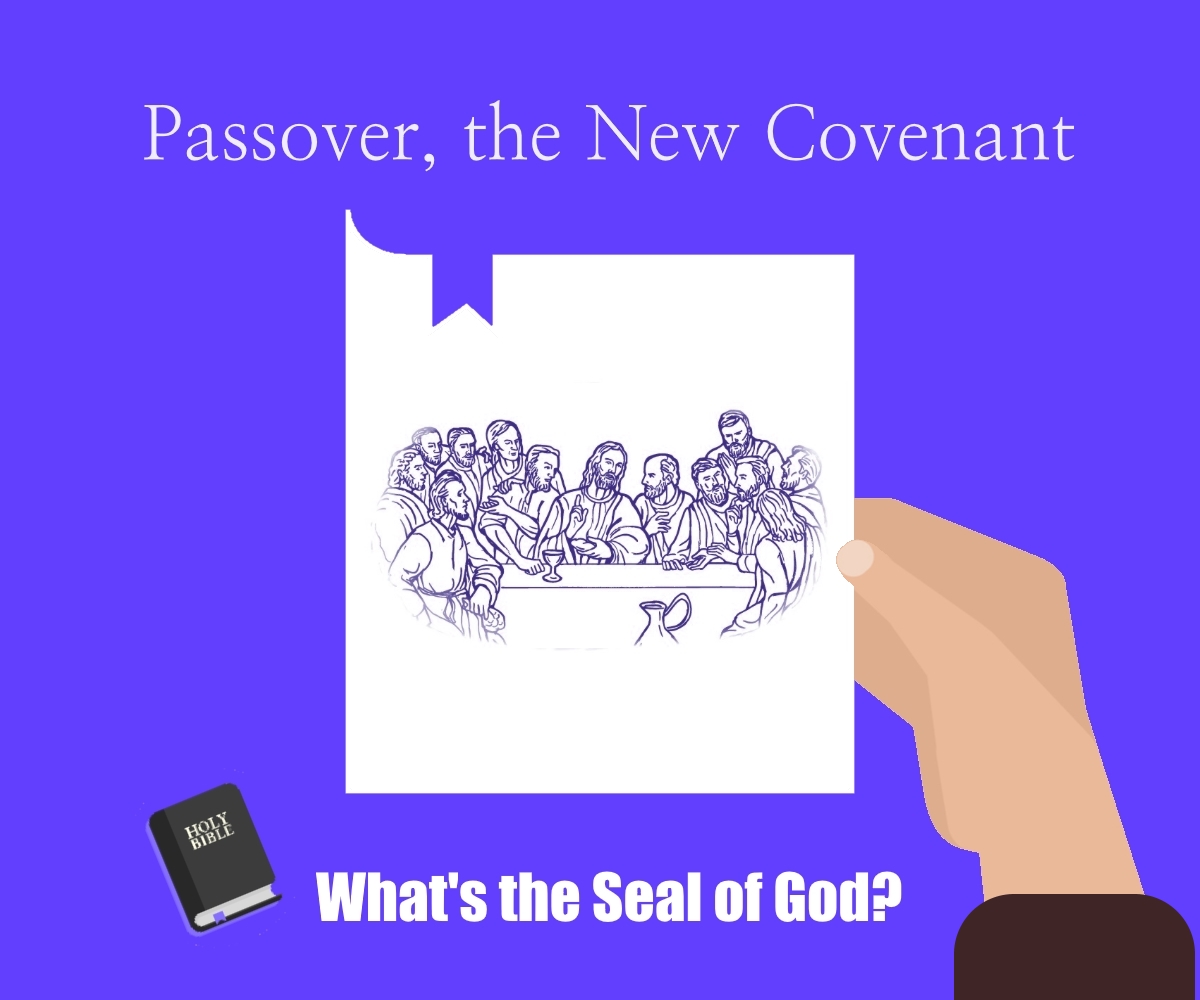 John 6:27 Do not work for food that spoils, but for food that endures to eternal life, which the Son of Man will give you. On him God the Father has placed his seal of approval.

John 6:56 Whoever eats my flesh and drinks my blood remains in me, and I in him.

Then how should we eat Jesus’ flesh and blood? That is to keep the New Covenant, Passover. If we celebrate the Passover as Jesus did, we can be the one with Christ Jesus.

Matthew 26:17~19 On the first day of the Feast of Unleavened Bread, the disciples came to jesus and asked, “Where do you want us to make preparations for you to eat the Passover?” He replied, “Go into the city to a certain man and tell him, “The Theacher says: My appointed time is near. I am going to celebrate the passover with my disciples at your house.'” So the disciples did as jesus had directed them and prepared the Passover. 26~28 While they were eating, Jesus took bread, gave thanks and broke it, and gave it to his disciples, saying ‘Take and eat; this is my body. Then he took the cup, gave thanks and offered it to them, saying. ” Drink from it, all of you. This is my blood of the covenant, which is poured out of for many for the forgiveness of sins.

Jesus said that the bread of the Passover is to be His body and the wine is to be His blood. It is the core of the Bible to know the meaning the Passover established by Jesus and keep it with belief.  Let’s celebrate it and receive the seal of salvation.

Why we have to take the mark of God

Revelation 7:1~3 After this I saw four angels standing at the four corners of the earth, holding back the four winds(wars of whole world) of the earth to prevent any wind from blowing on the land or on the sea or on any tree.Then I saw another angel coming up from the east, having the seal of the living God. He called out in a loud voice to the four angel who had been given power to harm the land and the sea: “Do not harm the land or the sea or trees until we put a seal on the forheads of the servants of our God.”

God said until people in the world have the seal of redemption, Don’t harm anything. This age in which we are living, we can be protected from disasters by keeping the Passover of the New Covenant. The fact that we can hear and keep the Passover means the Second Coming Christ has already come to this earth. According to the prophecy, Christ Ahnsahnghong restored the Passover to give the mark to us. Please come to WMSCOG where Elohim God dwell and receive the mark of salvation.

20 thoughts on “The mark of salvation of God, The New Covenant Passover – 16 [WMSCOG]”