The Passover and the seal of salvation in the Old Testament

The Bible is the book that testifies to the love of God from the beginning to the end. That’s the sacrifice of God for us, sinners.  Some people say that the Bible looks like secret letters. Thus, we should focus on the correct way of salvation. Especially, we have to realize who the Savior is and  who gives us the salvation today when we are living. Firstly, Do you know the Old Testament is the shadow, and its reality is the New Testament? God shows us it so that we can understand the Secret of the forgiveness of sins and Savior. Let’s take a look at the history of Melchizedek to know the importance of the Passover. Melchizedek is the biblical figure who appears in the Old Testament. Even though his trace was found in one scene of the Bible, apostle Paul interpreted it as a significant prophecy to evidence the Savior. Melchizedek was the priest who offered up to God with bread and wine. At that time, it was a common way to offer God the sacrifice of animals like sheep or goat. Abel offered the blood of animals to God(Genesis 8:20, 15:9~10).  However, Melchizedek only offered up bread and wine to God, and blessed Abram. And then, Abraham, the forefather of faith gave him a tenth of everything.

Scene that Melchizedek is keeping the Passover 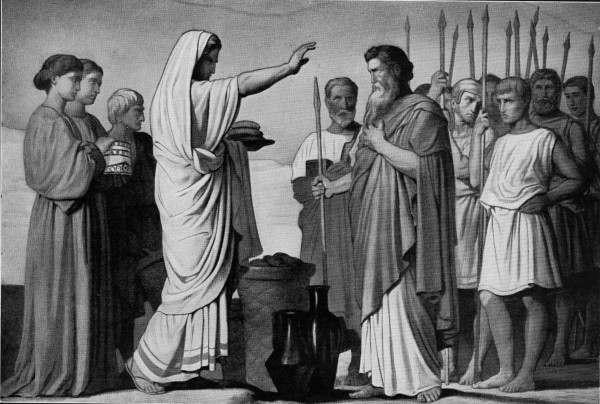 Why did Melchizedek do like that?  It was not just a history but a prophecy to be fulfilled in the future. Later on, King David foretold that a chief priest who will follow the order of Melchizedek will appear. Through all the prophecies, we can find out that this is for us forward. Because the Bible is recorded of our stories, the prophecies are related to us.

Genesis 14:17~20 After Abram returned from defeating Kedorlaomer and the kings allied with him, the king of Sodom came out to meet him in the Valley of Shaveh (that is, the King’s Valley). Then Melchizedek king of Salem brought out bread and wine. He was a priest of God Most High, and he blessed Abram, saying “Blessed be Abram by God Most High, Creator of heaven and earth. And blessed be God Most High, who delivered your enemies into your hand.”  Then Abram gave him a tenth of everything.

Psalms 110:4 The LORD has sworn and will not change his mind: “You are a priest forever, in the order of Melchizedek.”

The Passover and the seal of salvation in the New Testament

2,000 years ago, Apostle Paul boldly said Jesus is the high priest according to the order of Melchizedek. It’s without doubts. Therefore, we should have an enlightenment to know Christ clearly both in the age of the Son and in our time. Today too, it is not much to say that keeping the Passover connects to the salvation for us. Without realizing meaning of the Passover, we never ever receive the salvation. 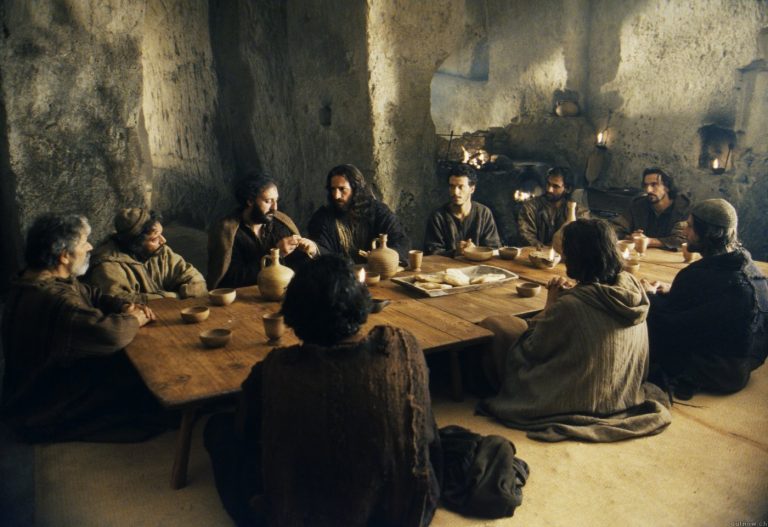 Matthew 26:17~19, 26~28 On the first day of the Feast of Unleavened Bread, the disciples came to Jesus and asked, “where do you want us to make preparations for you to eat the Passover?” He replied, “Go into the city to a certain man and tell him, ‘The  Teacher says: My appointed time is near. I am going to celebrate the Passover with my disciples at your house.’ ” So the disciples did as Jesus had directed them and prepared the Passover. When evening came, Jesus was reclining at the table with the Twelve. While they were eating, Jesus took bread, gave thanks and broke it, and gave it to his disciples, saying “Take and eat: This is my body.” Then he took the cup, gave thanks and offered it to them, saying, “Drink from it, all of you. This is my blood of the covenant, which is poured out for many for the forgiveness of sins.

The Passover Christ Jesus gave to us

We obviously know how Christ Jesus gave the  Passover of the New Covenant to the disciples through this words. Following Melchizedek, he did like that. Let’s look into other words of God.

John 6:53~54 Jesus said to them, “I tell you the truth, unless you eat the flesh of the son of Man and drink his blood, you have no life in you. Whoever eats my flesh and drinks my blood has eternal life, and I will raise him up at the last day.

Luke 22:15, 17~20 And Jesus said to them, “I have eagerly desired to eat this Passover with you before I suffer. After taking the cup, he gave thanks and said, “Take this and divide it among you. For I tell you I will not drink again of the fruit of the vine until the kingdom of God comes.” and he took bread, gave thanks and broke it, and gave it to them, saying, “This is my body given for you; do this in remembrance of me.” In the same way, after the supper he took the cup, saying, “This cup is the new covenant in my blood, which is poured out for you.

In this age that we live, we have to realize the Passover as the New Covenant and who allows us it. It should be done only through the Bible. And I hope all the people in the world receive the blessings of God.