The Passover and prophecy

Last time, we looked into the prophecy about Christ Jesus who came with bread and wine according to the order of Melchizedek. Likewise, there are lots of prophecies that Passover is the key to the kingdom of heaven. To keep the Passover today is crucial for us who desired to go to the kingdom. When you look at the photo above, we can see the sky reflected on the ocean. The Old Testament is like this sky reflected in the ocean, and the New Testament is like a real sky. The Bible clarified that the relationship between the Old Testament and the New Testament is like a shadow and reality.(Heb 10:1)  So we should read and compare with each other to know God’s will exactly.

The Passover and the prophecy in the Exodus

This time, Let’s keep an eye open for the Passover and its origin through the book of Exodus. At the time of Exodus, the Israelites were enslaved in Egypt for 430 years and cried out to God for salvation. In B.C 1498, God established Moses as a prophet. He received the mission to liberate the Israelites from the Egypt. However, Pharaoh refused to do it. And God poured down ten plagues on Egypt, which are the plague of blood, frogs, gnats, flies, diseased livestock, boils, hail, locusts, darkness and a final plague, the death of the firstborn. Forward, this is prophecy to appear for us. 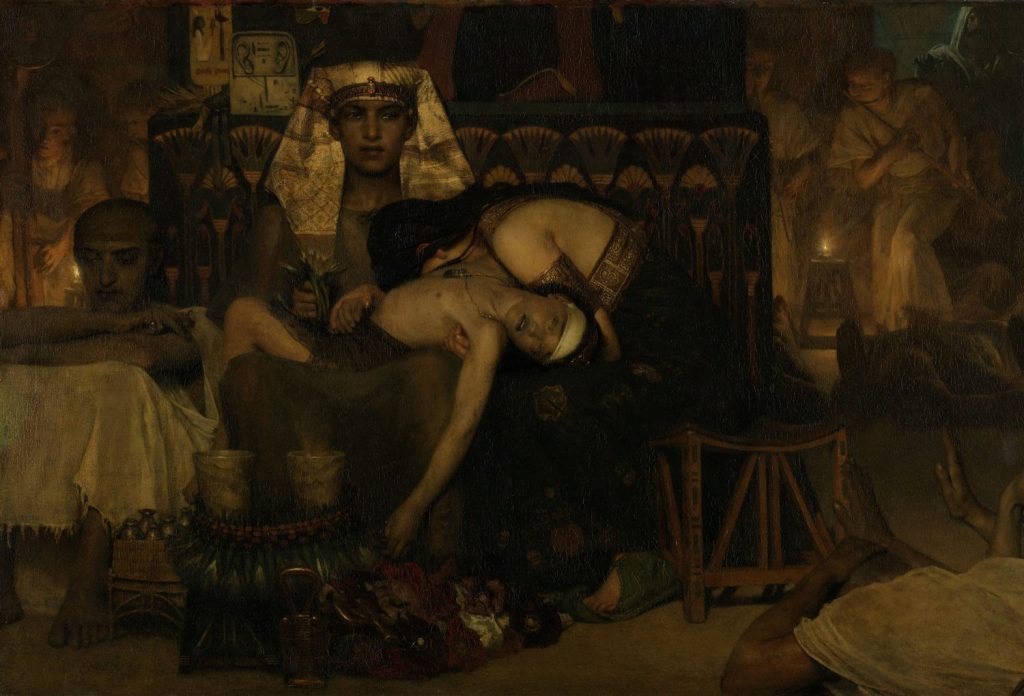 But before pouring down the final plague killing firstborn males of men and animals, God commanded Moses and the Israelites to celebrate the Passover with the blood of year-old lambs without defect.

Exodus 12:11~14 This is how you are to eat it: with your cloak tucked into your belt, your sandals on your feet and your staff in your hand. Eat it in haste; it is the LORD’s Passover. On that same night I will pass through Egypt and strike down every firstborn-both men and animals-and I will bring judgment on all the gods of Egypt. I am the LORD. The blood will be a sign for you on the houses where you are; and when I see the blood, I will pass over you. No destructive plague will touch you when I strike Egypt. This is a day you are to commemorate; for the generations to come you shall celebrate it as a festival to the LORD-a lasting ordinance.

The Passover and the prophecy in the new Testament 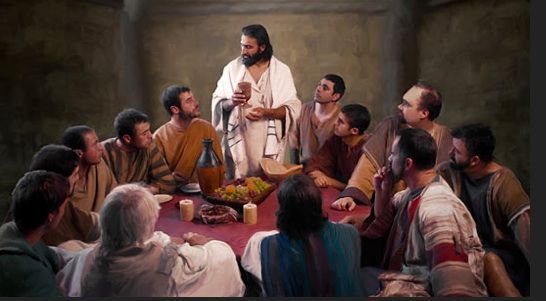 Mattew 26:17~19 On the first day of the Feast of Unleavened Bread, the disciples came to Jesus ans asked, “where do you want us make preparations for you to eat the Passover?” He replied, ” Go into the city to a certain man and tell him, ‘The Teacher says; My appointed time is near. I am going to celebrate the Passover with my disciples at your house.’ ” So The disciples  did as Jesus has directed them and prepared the Passover.

Who did command to celebrate the Passover for the generations? It was God Jehovah. As a result, by keeping the Passover, Israelites were protected from the last disaster and released from Egypt, the land of slavery. And as the reality of this history, Jesus Christ came as a lamb of the Passover to be sacrificed for our sins. He established Passover as the New Covenant.

Scene keeping the Passover in the Bible

John 6:53~54 Jesus said to them, “I tell you the truth, unless you eat the flesh of the son Man and drink his blood, you have no life in you. Whoever eats my flesh and drinks my blood has eternal life, and I will raise him up at the last day.

Luke 22:7~8 Then came the day of Unleavened Bread on which the Passover lamb had to be sacrificed. Jesus sent Peter and John, saying, “Go and make preparations for us to eat the Passover.”

Luke 22:19~20 And he took bread, gave thanks and broke it, and gave it to them, saying, “This is my body given for you; do this in remembrance of me.”

Thus, we must keep the Passover with the bread and wine believing they are flesh and blood of Jesus. Let’s go to the kingdom of heaven together after keeping it and realizing true God in this time.