The Passover that testifies our true God

What is the goal in your life? Why do you live on this earth? You may reply ” I don’t know .”  We need to think of why we live here and what our goal of life is. Actually, It is very significant for us to have many questions about the reason why we live. When having questions, we can start to find the answers. Although there were many people who studied about the essence of life, there were not clear answers.  From where should we find them out? If you receive God who has the sign that testifies Himself, you can learn definitely. Let’s open the Bible and firstly realize the Passover that testifies true God.

Hebrews 9:27~28 Just as man is destined to die once, and after that to face judgment, So Christ was sacrificed once to take away the sins of many people; and he will appear a second time, not to bear sin, but to bring salvation to those who are waiting for him.

Jesus is prophesied to come like His first coming. And the purpose of His coming is to bring salvation. If you eager to receive it, try to find the evidence to realize Second Coming Jesus. Only those who believed the Bible is true can realize God who comes in the flesh without any fixed idea(Jn 5:39~40). Let’s find through the Bible. Simply speaking, the Bible says the Passover of the New Covenant is to testify God.

Jn 6:53~54 Jesus said to them, “I tell you the truth, unless you eat the flesh of the Son of Man and drink his blood, you have no life in you. Whoever eats my flesh and drinks my blood has eternal life, and I will raise him up at the last day.

Mt 26:26~27 Then he took the cup, gave thanks and offered it to them, saying, “Drink from it, all of you. This is my blood of the covenant, which is poured out for many for the forgiveness of sins. …”

Learn from the parable of the fig tree

Do you know? Before the New Covenant was newly established by Jesus, it was already supposed to be done like that because of the prophecy. God Jehovah foretold that He would establish the New Covenant in the future through the book of Jeremiah(Jer 31:31). Likewise, Jesus already taught His disciples when He would appear again. Like Jesus’ first coming, the time when the second coming Christ appears is written in the Bible 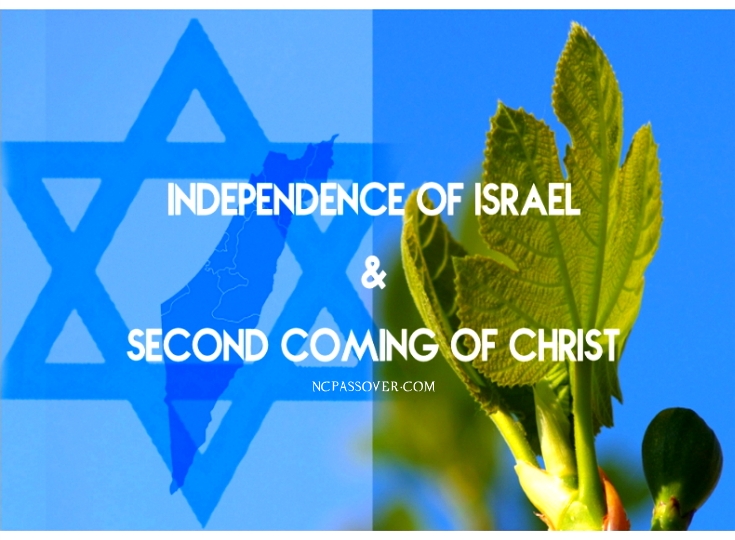 Matthew 24:3 As Jesus was sitting on the Mount of Olives, the disciples came to him privately. “Tell us,” They said, “when will this happen, and what will be the sign of your coming and of the end of the age.

Matthew 24:32~33 “Now learn this lesson from the fig tree: As soon as its twigs tender and its leaves come out, you know that summer is near. Even so, when you see all these things, you know that it is near, right at the door.

Jesus said we need to learn the parable of the fig tree to know the time of His second coming. Firstly, what is the fig tree likened to? When wanting to learn about a fig tree, we must try to know what the fig tree means. Let’s take a closer look at it. God said that fig tree represents Israel.

Jeremiah 24:5 “This is what  the Lord, the God of Israel, says: Like these good figs, I regard as good the exiles from Judah, Whom I sent aways from this place to the land of the Babylonians

Mark 11:12~14, 20~21 The next day as they were leaving Bethany, Jesus was hungry. Seeing in the distance a fig tree in leaf, he went to find out if it had any fruit. When he reached it, he found nothing but leaves, because it was not the season for figs.  In the morning, as they went along, they saw the fig tree withered from the roots. Peter remembered and said to Jesus, “Rabbi, look! The fig tree you cursed has withered!”

Jesus too gave the word of the lesson from the fig tree. At that time, every Israelites knew that a fig tree referred to a symbol of Israel in the Bible. Through this case, Jesus had what he wanted to instruct Israelites. Although Jesus preached the gospel to Israelites for three years, they disregarded him. That there is no fruit of the fig tree means ignoring Jesus. Jesus used a fig tree to compare with the Israel in Lk 13:6. To cut down the fig tree means the destruction of Jerusalem. However, in Mt 24:32, it is predicted that the Israel would be independent after being conquered for 1,900 years. According to this, miraculously, Israel re-established its nation in the year of 1948. That’s the time of Jesus’s second coming. It was a trumpet to announce the good news that Jesus had already come.

Luke 13:6~9 Then he told this parable: ” A man had a fig tree, planted in his vineyard, and he went to look for fruit on it, but did not find any. So he said to the man who took care of the vineyard, ‘For three on this now I’ve been coming to look for fruit on this fig tree and haven’t found any. Cut it down! Why should it use up the soil?’  ” ‘Sir’ the man replied, ‘leave it alone for one more year, and I’ll dig around it and fertilize it. If it bears fruit next year, fine! If not, then cut it down.’ “

Luke 21:20~23 “When you see Jerusalem being surrounded by armies, you will know that its desolation is near. Then let those who are in Judea flee to the mountains, let those in the city get out, and let those in the country not enter the city. For this is the time of punishment in fulfillment of all that has been written. How dreadful it will be in those days for pregnant women and nursing mothers! There will be great distress in the land and wrath against this people. 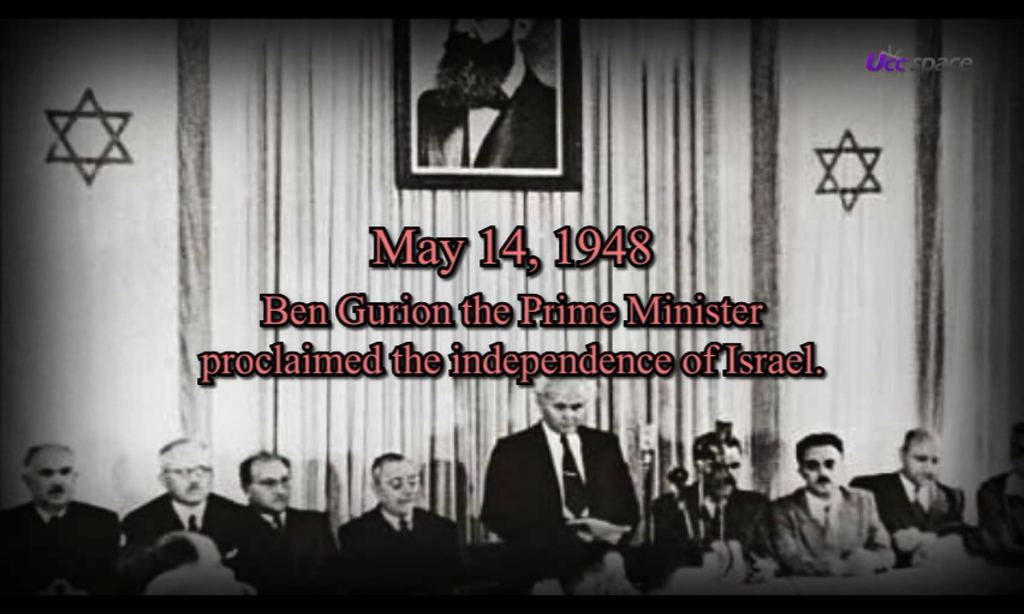 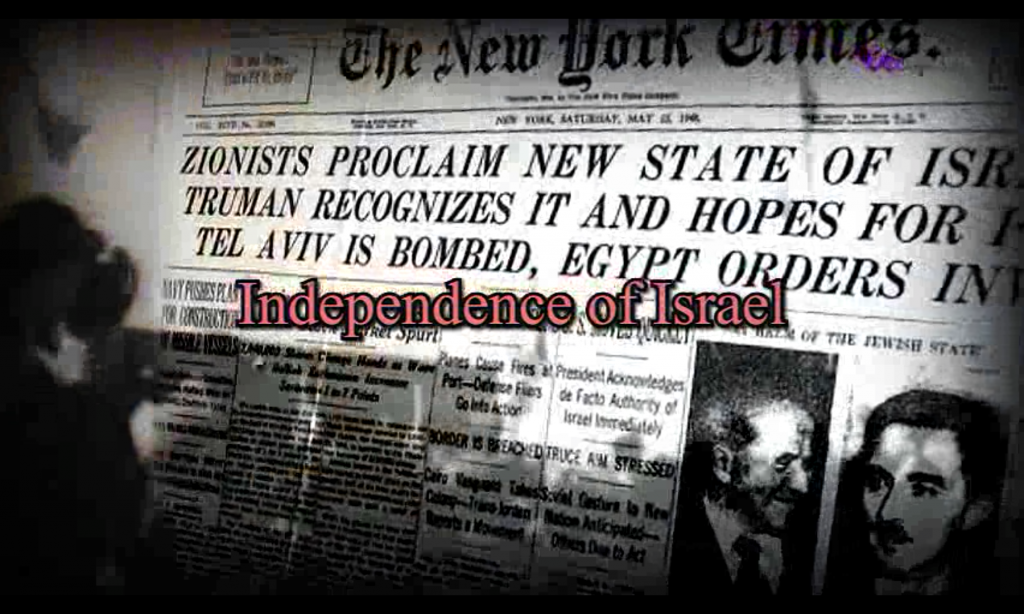 Luke 21:24 They will fall by the sword and will be taken as prisoners to all nations. Jerusalem will be trampled on by the Gentiles until the times of the Gentiles are fulfilled.

Christ Ahnsahnghong who came through the prophecy

According to the prophecy, “Cut down the fig tree,” Israel was destroyed by Rome in AD 70. Since then, as you know, Israelites wandered throughout the world for about 1,900 years. And when the time had come, Israel gained her independence. The independence of Israel was a flare that proclaimed Jesus’ second coming. (Matthew 24:32~33)  Nobody knew that Israel would become independent. The second coming Christ Ahnsahnghong preached the gospel of the kingdom since 1948 when Israel proclaimed her independence.

Revelation 3:20 Here I am! I stand at the door and knock. If anyone hears my voice and open the door, I will come in and eat with him, and he with me.

Do you hear Christ knocking on the door of your heart? Christ Ahnsahnghong fulfilled the prophecy about the throne of David and of the fig tree that represents Israel’s independence. He is the Christ whom we have waited for salvation(Isa 25:6-9). Christ Ahnsahnghong has restored the Passover of the new covenant. We have to realize the Passover that testifies our true God(Isa 55:3, Heb 13:20, Lk 22:20). That is, following to the prophecies in the Bible  Christ has come to Korea in 1948 with the Passover to give the seal of the salvation to us running toward death. The second coming Christ has already come to this here, right next to you. Please open the Bible and open your heart to receive the salvation, the new covenant Passover. He loves us so much. He is the Love.?